JAKA Cobots I  Loading and Unloading of 5G Antennas’ Details

One of the world’s largest Electronics Manufacturing Services (EMS) Company by revenue and a Global Fortune 500 company. Its operations span across 30 countries.

After reviewing their production practices, areas for improvement in a particular the company’s loading and unloading task were identified.

To do this, one person had to be at each station, and to maintain 24/7 production, a day and a night shift rotation was necessary.

The efficiency of the staff was low; due to the repetitive, dull task, they grew tired and unfocused quickly.

There was also significant employee turnover, requiring frequent, time-consuming training. The employees who worked on the task were at a risk of injury, due to the heavy components and repetitive physical work.

Finally, due to the epidemic situation, having large numbers of people flowing through the factory floor was ill-advised, as an outbreak would lead to a cease in production.

In order to balance manpower with automation, and relieve employees of certain risk factors, the company chose to integrate three JAKA Zu 12 collaborative robots at one assembly work station.

By working together, and dynamically switching end effectors, the cobots were able to adopt the processes independently, performing all the loading, unloading, pick and place tasks necessary.

This freed up the human workers to monitor quality control, and focus on more creative, less physically risky tasks.

The three JAKA Zu 12 units installed at the one assembly station increased the production capacity by 15%. As a result of their integration there was a reduction in staff turnover, and a reduction in the flow of people across the factory floor, reducing the chances of an outbreak-induced halt to production.

The intensity of work for the human workers was reduced, and working collaboratively with the cobots meant the efficiency increased. The full payback period for this installation was less than two years. 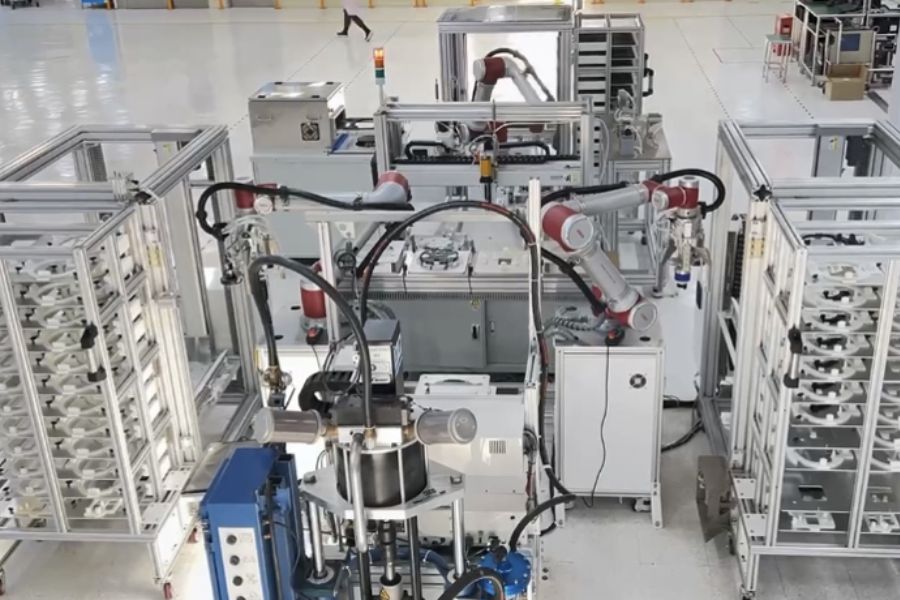