An optoelectronics manufacturer and leading provider of smart vertical solutions backed by premium display technologies. The company has succeeded in earning worldwide recognition for its total solutions with its strong R&D capacity, solid manufacturing expertise, and comprehensive product portfolio to meet the diverse needs of the market.

During company’s production of LCD panels, there is one task that involves driving sixteen screws, in order to secure structural and functional components to one another. Previously, each workstation performing this task required two workers, across day and night shifts.

The company identified a few issues:

As a result of these factors combined, the company decided to seek out robotics solutions to automate the screwdriving task, freeing up workers for more creative, fulfilling, safe roles. 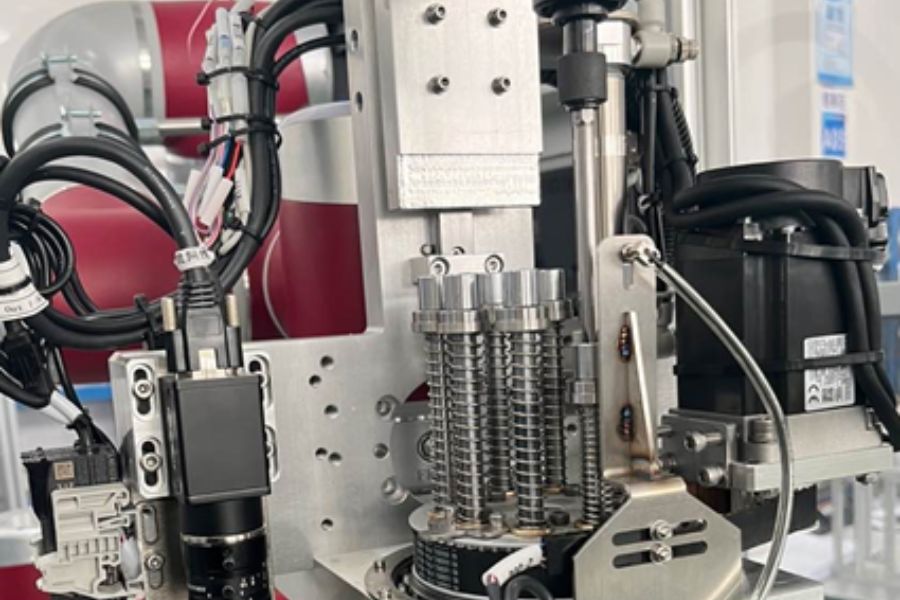 After consultation with JAKA, and with the help of a cobot integrator, the company chose eight units of the JAKA Zu 18 cobot to install.

They were chosen because of their high levels of safety, their ease of use, and their flexibility. The cobots were fitted with a vision system for reading mark points, and custom end effectors, each of which are capable of carrying and driving ten screws at a time.

The screwdriving process was automated in the following steps:

All of the challenges identified by the company in their initial evaluation of the task were overcome.