When it came to welding and soldering, the company was seeking robotic solutions to automate their working processes. They desired to speed up their production, reduce the number of people per working station, and increase the quality and consistency of the output.

They were concerned not only with the inefficiency of having four workers on one work station, but also about the workers’ safety. Soldering and welding can produce health risks due to the high temperatures and smoke involved; risks they wanted to mitigate or avoid altogether. 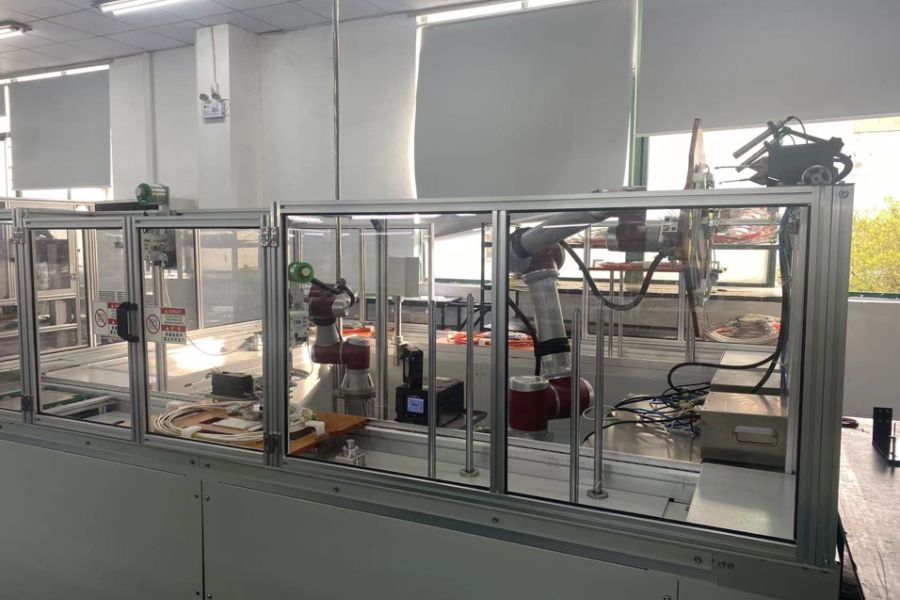 The company could have opted for a traditional industrial robot to automate its welding process, however, there would be two drawbacks to this solution.

First, due to the nature of the task, one of the four workers needed to remain on-hand to load and unload items to a conveyor.

With a traditional robot, this would necessitate the use of a safety fence, or encased work environment. Such a setup, however, would be impractical due to the space limitations in the given part of the factory floor. By choosing a collaborative robot arm, no such setup was needed, as they are designed to work safely alongside human workers.

The company was concerned that reprogramming would incur extra costs, and would require stopping the production line for long periods of time, so needed to find a solution that could be suitable to in-house employees without prior programming knowledge.

JAKA cobots are designed to be easy to program, teach and operate, using a graphical interface and drag positioning. Any one of the employees, whether or not they’d programmed robots before, could re-assign and adjust the automation of the welding process.

After consulting with JAKA, the company chose the JAKA Zu 12 and the JAKA Zu 3 to integrate with the welding and soldering processes. To start, the JAKA Zu 12 picks up an object supplied by a human worker on a conveyor belt. It lifts it, and places it in multiple positions in relation to an installed detector for testing. Once testing is complete, the cobot places it on another conveyor belt, where it is sent to the JAKA Zu 3. The Zu 3 proceeds to solder, completing all eight spikes on the object in less than two minutes. 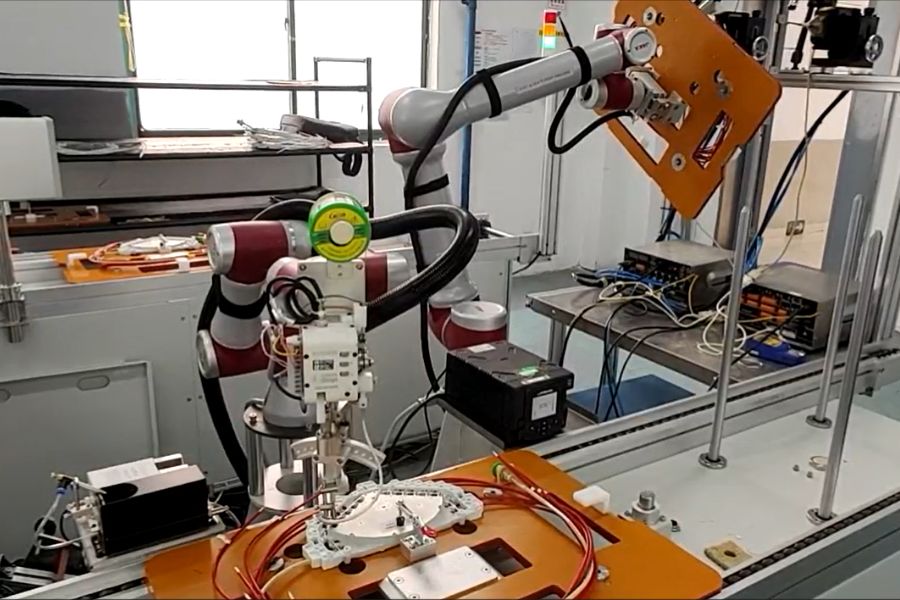